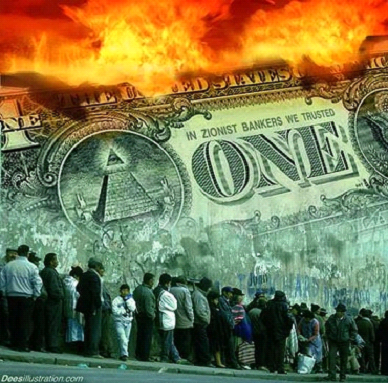 How We Plan to Engage with The Powers at Be

Current humans empowered with “informed consent” are ending a viciously psychopathic history by a .01% upon the 99.99%. These 99.99% would never consent to what’s being done to them if empowered with accurate comprehensive information of their conditions. The informed are motivated to end the psychopathy, and create a new future of peace, technological advance, and cooperative happiness.

These “Big Lie” crimes center in war and what is used for money, but extend into ~100 areas of vital concern for all Earth’s inhabitants. The ongoing costs of Earth’s history controlled by these .01% literal psychopaths (and here), extending to our world of the present, are annual war and poverty murders of millions, gruesome harm to billions, and looting of  trillions.

Again, and importantly, these are facts that anyone with a basic education can easily verify with a few moments of attention as objective statements about Earth’s most vital conditions.

Res ipsa loquitur: these facts speak for themselves, for all who are ready to see, listen, and feel with Enlightenment ideals. If you’re educated enough to read this, you recall the points of the Enlightenment (ideals Americans are rightfully proud to embrace):

Please stop until you’ve fully embraced this point: we assert facts that are independently verifiable, and to our knowledge have never been refuted. Indeed, as you’ll hear from Gandhi and Simon Johnson below, the .01% will do everything to avoid factual consideration of our points because our case is as clear as asserting a baseball pitch ten feet over everyone’s head is not even close to the definition of a “strike.” And we have the video for anyone’s independent review and analysis. In fact, we are unaware of any official voices even attempting refutation.

So, what stands between “Winning Time” and where we are at the start of 2015?

If the following three phases make sense to you, please make them your own, use them as you see best, and enjoy this wild planetary ride where Truth is far stranger than fiction:

Humanity has gone through an up-spiral phase of the process described by Gandhi (attributed and unsourced):

The up-spiral seems to be that today’s revolution (Latin etymology: to turn around) is global; a turning away from accepting debt and “wars for peace” from former/current colonial powers (and who/whatever’s coordinating this) and their creations (like the hypocritical war-enabling UN). When yesterday’s leaders, like Dr. King, spoke and acted to occupy Washington D.C. until his version of today’s wars were ended, and those resources unleashed for ending poverty, the US psychopath oligarchs assassinated him (as proven with overwhelming evidence in the King Family civil trial). Today’s “leaders” are people like you and me, in all areas of Life, learning, processing information, communicating, and making stands for the brighter future the 99.99% yearns to create, and all in multitudes of Life’s areas.

The up-spiral is a natural growth curve of those of us empowered with the facts removing our consent to be brutalized by .01% psychopaths, and pointing to a factually provable unprecedented future of integrity and beauty available here and now.

The .01% have rejected reasonable offers for surrender, including the attractive option for Truth & Reconciliation (and here) whereby they accept pensioned retirements without prosecution in exchange for full disclosure of what they’ve done and how they did it for God knows how long over Earth’s history. This option was/is also attractive for the 99.99% because planetary abundance easily provides for their retirement (their minions would overwhelmingly request to reclaim their hearts and join us), we could most rapidly end their criminal destruction, and we’d avoid corning the dangerous and vicious “leaders” afraid of anything they can’t control.

Critical mass of the 99.99% will occur in a relative moment, similar to paper catching fire as fire/light-sources become closer and closer: nothing happens for a long time, and then most-quickly the fire/light spreads like, well, wild-fire.

Another helpful analogy of the 99.99%’s “awakening” is the Emperor’s New Clothes. A .01% “leader” parades in obvious naked pretense, with zero facts “covering” his propaganda, and only supported by the duped and/or owned minions. This tragic-comedy ends with the ease of a child’s examination of the most obvious and verifiable facts (capacity we all have to simply look and see), the voicing of those facts that absolutely refute the propaganda, and a few more voices confirming the obvious.

Another helpful perspective to consider the 99.99% have all the facts on our side: MIT’s Simon Johnson (and former Chief Economist of the International Monetary Fund) describes our economy being led by gambling oligarchs who have captured government as in banana republics (his words). He concludes fraud is the heart of Wall Street.

His immediate best-selling book, 13 Bankers: The Wall Street takeover and the next financial meltdown, was discussed with President Johnson’s Press Secretary and journalist with over 30 Emmy Awards, Bill Moyers, to explain the oligarchy, loss of trillions of American taxpayer dollars to oligarchs’ manipulation as a matter of definitive fact, the oligarchs’ looting of America is protected by partners with political muscle, and all rational consideration of the facts prove massive crimes by the .01% against the 99.99%:

The American democracy was not given to us on a platter. It is not ours for all time, irrespective of our efforts.

Either people organize and they find political leadership to take this on, or we are going to be in big trouble absolutely the heart of the problem. these people will not come out and debate with us. they will not come out. They’re afraid.

They have the lobbyists and control of the narrative.

They’ve got the power, the muscle, the money.

We have the arguments. We just have the facts. On your side. That’s exactly what it comes down to.

So how close are we to critical mass?

Winning Time will conclude in a fury of rapid developments similar to the above two analogies of fire and public recognition of a naked would-be emperor.

We can be absolutely confident asserting is the validity of the facts anyone can confirm,

informed consent ends this domination in the following way…

Informed consent turns ordinary people in obvious favor of ending the .01%’s psychopathic destruction of wars, looting, and lying by a likely percent of 99.99% (consider who would really choose dominated misery after freely allowed fully informed choice of short and long-term consequences of each choice).

Once critical mass is achieved of public embrace of our facts, psychopathic policies are replaced with lawful arrests (and here, here) rather than stupefied obedience.

So how will such arrests occur that end these tragic-comic crimes?

Sorry, again: none of my colleagues can predict how the endgame plays out (speculation here). That said, we’ve never found a counter-argument against the obviously necessary accomplishment to remove such Orwellian “leaders” from further power. If they’re in power, they’ll continue their psychopathy. Because our criminal psychopaths must be arrested, all of us can and should think, speak, and act for their arrests.

Our thoughts, words, and actions are totally within our authority (consider this, this, this).

My colleagues and I have no advice over how to play this game. We respectfully assert that humanity’s choice is either to play the game of “Winning Time” for all Earth’s inhabitants, or allow us all to be played by psychopathic oligarchs.

Perhaps the easiest way to understand these crimes, and end them, is US war history that active military end by living their Oaths to refuse illegal orders and arrest those who issue them. There are no lawful orders in unlawful wars/armed attacks.

No real improvements are possible with “leaders” acting for viciously antagonistic control with aggressive action to create a slave class out of the 99.99%.

Be proud of your thoughts, words, and actions: We The People United has an historic role to play.

Either you’re going to go along with your mind and the truth, or you’re going to yield to fear and custom and conditioned reflexes. With our minds alone we can discover those principles we need to employ to convert all humanity to success in a new, harmonious relationship with the universe. We have the option to make it.  – R. Buckminster Fuller (archive at Stanford)

Ending the .01%’s unlawful and lie-based Wars of Aggression, poverty-murders, bankster looting, and corporate media lying is an unprecedented victory in itself!

Available economic solutions transforms us to full employment, the best infrastructure we can imagine, and declining real prices.

Truth in media will inspire and catalyze good-faith work for genuine advancements.

Health, free energy, extraterrestrial disclosure are among our possibilities.

It’s relatively easy for anyone with even a small degree of intellectual integrity and moral courage to see the crimes and propaganda.

Seeing solutions takes a higher degree of intellectual integrity, to see what an unleashed planet is capable of creating.

The Future of Politics is Grassroots